Amy Sedaris was born to Lou and Sharon Sedaris on March 29, 1961 in upstate New York. The new baby girl was the fourth child born to the Sedarises, after older siblings Lisa, David, and Gretchen. Her early childhood years were spent in the town of Endicott, New York. Sharon’s family was from nearby Binghamton and Lou’s Greek mother, known to the family as “YaYa”, lived a little further away in Cortland. Most of Amy’s formative years, however, were spent in Raleigh, North Carolina, after her father had been transferred there by his employer, IBM. Amy’s younger sister Tiffany had been born shortly before the big move, so the youngest Sedaris sibling, Paul, is the only member of the family who is a native southerner. Many amusing anecdotes about life in the Sedaris household can be found at any bookstore within brother David Sedaris’s hilarious collections of short stories and essays, Barrel Fever, Naked, Holidays on Ice, and Me Talk Pretty One Day.

Much of her later “laughter through the tears” dark style of comedy probably stems from an event from her childhood that she feels played a big part in shaping who she is today, failing first grade in elementary school. She was also influenced by the sibling rivalry in her family, through which she and her brothers and sisters vied for their parents’ attention, especially that of their mother. Amy also acquired her penchant for wearing wigs and costumes early in her childhood. She used to love to disguise herself during outings to the supermarket with her father. She has always enjoyed wearing uniforms and, in fact, she remained in the Girl Scouts even into her high school years. She honed her vocal talents, improvisation abilities, and character development skills by making prank phone calls, impersonating the voices of her parents’ friends and doing impressions of other acquaintances and strangers. 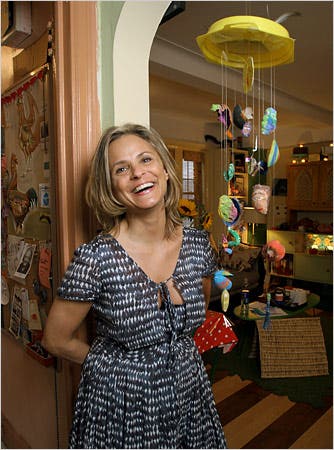 After graduating from Jesse O. Sanderson High School, Amy moved away from Raleigh and joined David in Chicago in the mid 1980’s. He enticed her to the Windy City and encouraged her to pursue a comedy education with the famed Second City troupe. Before she knew it she was on their Main Stage. During the time of her stint at Second City, other notable comedians such as Tim Meadows, Chris Farley, Steve Carell, Ian Gomez, and Nia Vardalos also appeared there. Amy met and worked with some of her future collaborators (Stephen Colbert, Paul Dinello, Mitch Rouse, Jackie Hoffman, Cynthia Caponera, David Pasquesi, Greg Hollimon) during this serendipitous period, too. The Sedaris siblings had then begun collaborating on their wacky stage plays that are presented under their “Talent Family” moniker.