Germany’s “Verliebt in Berlin” (In Love in Berlin) premiered on February 28, 2005, and it was Germany’s second series to use the telenovela format. This half-hour show starred Alexandra Neldel as Elisabeth ‘Lisa’ Plenske and Mathis Künzler as David Seidel. Lisa worked for David at the fashion house, Kerima Moda. After 364 episodes, 21 specials, and a TV movie (September 1, 2006), Lisa and David’s love story wrapped up, but the series continued without them.

Lisa Plenske grew up in a village called Göberitz, near Berlin, with her parents Bernd and Helga. Lisa decided to go to Berlin to try to get a job at the city’s famed fashion house, Kerima Moda. There, she literally bumped into David Seidel, the junior chairman of the company, and quickly fell in love with him. She started off in the catering department, but managed to get promoted to David’s personal assistant when David decided that he’d rather have the frumpy Fräulein Plenske than his fiancée Mariella von Brahmberg’s best friend, the nosy and petty Sabrina.

Lisa Plenske dreams about getting a job as an executive’s assistant in the fashion industry, unfortunately she was rejected for the job she applied for at Kerima Moda, a prestigious international fashion house. She is offered a job at the company, but in the the catering department. She decides to take the job, considering a foot in the door. On her first day, there is a runway presentation, so she and Agnes Hetzer, her new co-worker, have to cater the event. It is at this fashion show that Lisa faces David Seidel, the company’s young new boss, for the first time and she falls in love with him at first sight. 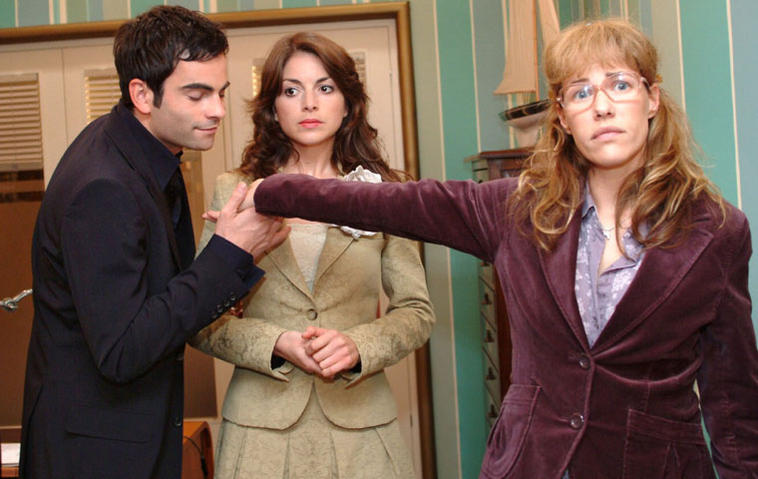 David gets drunk at the party, partially because of tensions between himself and his girlfriend, Mariella von Brahmberg, and he trips, hits his head, and falls into the swimming pool. Lisa sees David floating face-down in the water and she jumps into the pool to save him. Unfortunately, when it comes time to take a photograph for a story about his rescue, David and his friend Max Petersen decide that Mariell’as friend Sabrina’s face would be more aesthetically pleasing in the picture than Lisa’s, so Sabrina becomes the designated hero. Lisa decides to quit her job, but she is overjoyed when David rewards her by making her his assistant. Sabrina also wanted the job as David’s assistant, so she declares Lisa to be her sworn enemy.