On this “painfully special” episode of Strangers With Candy:

Dr. Harry Link breaks the bad news to Jerri that she’s in desperate need of braces. Jerri is mortified because now she’ll be the laughingstock of Flatpoint High (as if she wasn’t already).
At school, everyone in the Pleasure Club is looking forward to the upcoming field trip to Good Time Island. Jerri’s got other things on her mind, though, because Principal Blackman and Mr. Noblet try to pressure her into spying on Kimberly Timbers, who has a locker next to Jerri’s. They want to determine whether or not Kimbery is retarded. Apparently, the board of Education requires confirmation of retardation from a student’s peers and Noblet has chosen Jerri because of her new braces (as everyone knows, retarded people like shiny things). Jerri is told that if she doesn’t confirm that the girl is retarded she won’t be allowed to go to Good Time Island. There was a time when she wouldn’t have hesitated to snitch on another person, but Jerri wants to show the world that she’s changed. 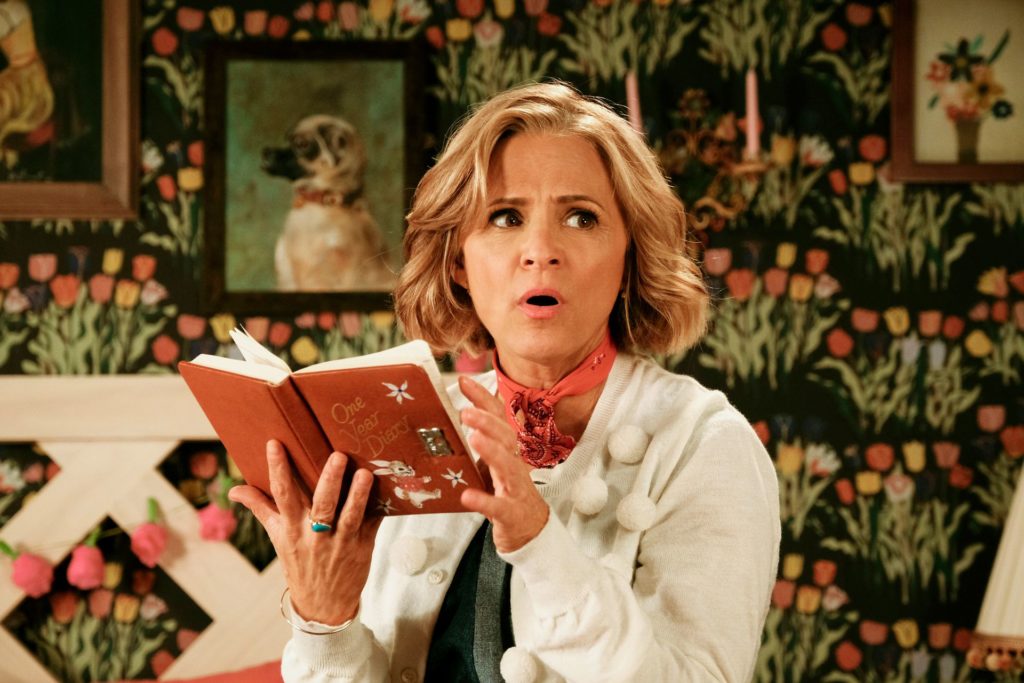 Jerri tries to interrogate Kimberly by asking her stupid questions. When Kimberly doesn’t understand what Jerri’s trying to say, Jerri takes this as evidence of her retardation.
Jerri decides to seek out some advice from Mr. Jellineck. He suggests that she learn more about retarded people by visiting the library. Together they listen to a cassette, “Retardation: A Celebration”, narrated by Wilford Brimley.
When Jerri gets home she seeks her father’s advice, but Derrick interrupts and taunts her about her snitch-uation. Then Sara says that Jerri is making a mistake with her choice to not snitch.
Jerri turns to Principal Blackman to find out what he’ll do to Kimberly if it turns out that she is indeed retarded. He tells her that Kimberly will be captured and her tremendous strength will be harnessed.

Blackman then tries to step-up the pressure by bringing Jerri’s parents into the office so they can try to bully her into cooperating, but Jerri just runs out into the hallway where she sees Kimberly enjoying a piece of cake by her locker.
More heat is put on Jerri after her parents are told that they can’t attend the field trip to Good Time Island as chaperones if Jerri doesn’t cooperate. During a scuffle with Sara, Jerri’s pet lobster, Clawson, falls into a pot of boiling water. I can still hear the screams.
The day of the field trip arrives and Jerri has to pay another visit to the dentist. After she learns that Dr. Link had been crippled by polio because he refused to tell anyone about it, she decides not to let silence make her suffer, too. When Jerri gets to school the bus is about to leave, but before they drive off Jerri gets on board to have her say. After professing that she’s changed and that she’s not a snitch, Jerri decides to just give Blackman what he wants, “Clearly she’s retarded. If she wasn’t, she wouldn’t have been a suspect in the first place”. Noblet carts Kimberly away and Jerri takes her place on the bus. You can’t blame Jerri, though. She was really looking forward to getting laid on Good Time Island.